Distilled in micro-batches and aged in American oak casks before being finished in Port Wine Barrels, Angel’s Envy Kentucky Bourbon is painstakingly crafted and hand-blended in batches of just 8 to 12 barrels at a time. Sound like a lot of work for not a whole hell of a lot of hooch? Well, you’re right, and that’s the way Lincoln Henderson (bourbon legend and Angel’s Envy founder) intended it. In fact Angel’s Envy distillers’ personally sample each barrel of bourbon throughout every step of distilling and aging – referring to themselves as “raging perfectionists.”

This level of control is something the big boys at Beam, Brown-Foreman, Buffalo Trace and Wild Turkey have lost sight of for the most part – a level of control that the folks at Angel’s Envy say allows them to constantly experiment and improve.

Since its release back in 2010, Angel’s Envy has been hard at work perfecting their original recipe and gaining distribution throughout the US, as well as giving birth to two new expression which we hope to review for you in the near future – including a 123 proof Cask Strength Bourbon and a Rum Finished Rye (both of which sound very intriguing!) 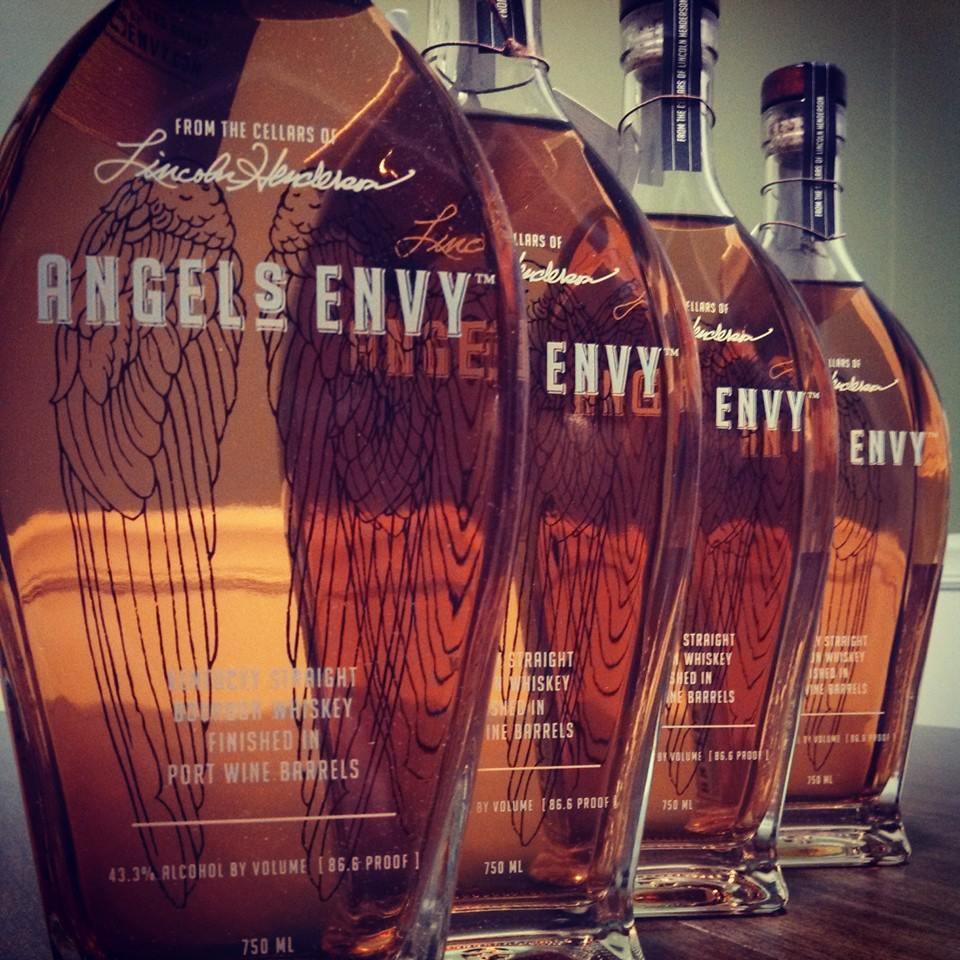 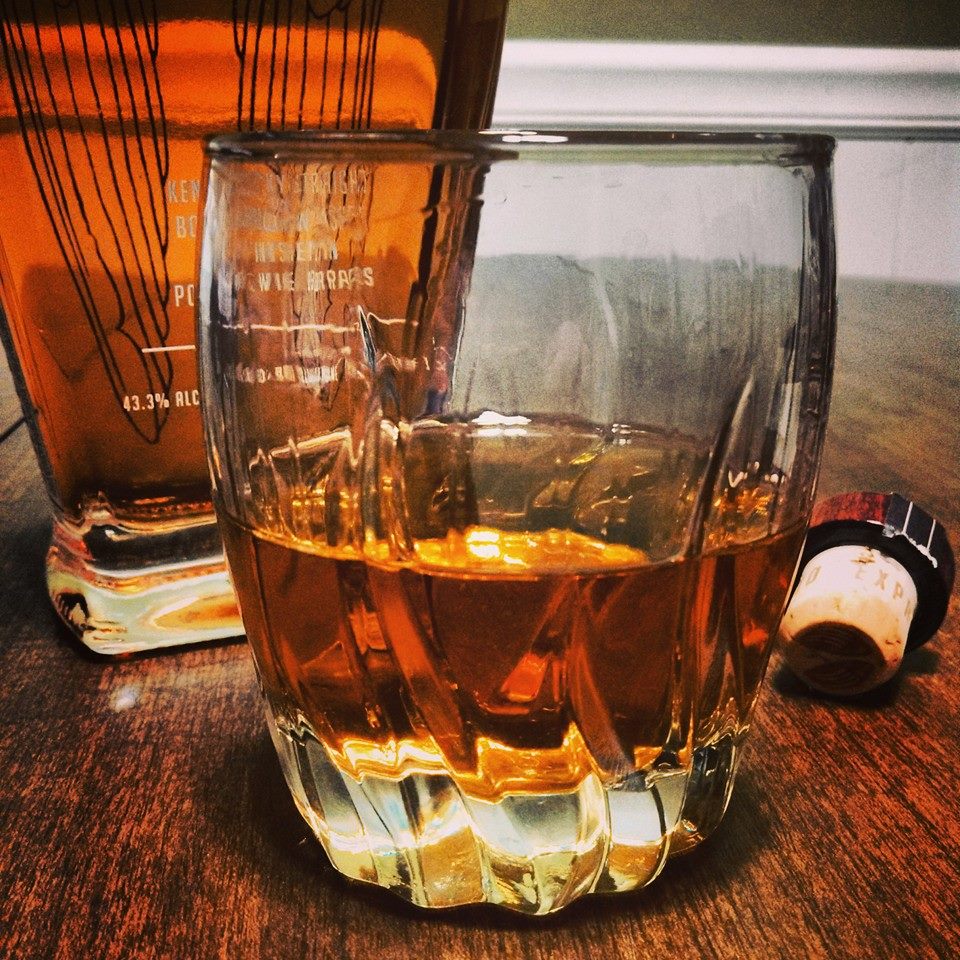 Whos Envy? Named in-part for the well documented 5% spirit loss encountered during each year of barrel aging – otherwise referred to as the “Angel’s Share” in the industry. After tasting Angel’s Envy for the first time, Lincoln Henderson joked that he’d finally gotten a better deal than the angels. And so, with that quote gave birth to the Angel’s Envy brand.

Now that you’re up to date on this relatively new brand and we’ve clued you in on what it is and how they make it – let’s get on to the good stuff, the reason you came here… our review!

Scoring an impressive 9 out of 10, our tasting panel pretty much fell in love with this unique bourbon unanimously. The finishing process which takes place in port wine barrels isn’t totally new to the whiskey game, but t appears that Lincoln Henderson and crew have finally perfected it.

Throughout our tasting session we discovered that Angel’s Envy has a quite bold yet surprisingly sip-able profile that comes on hot initially, delivers sweet hints of vanilla and fruit over the palette and finishes with a delicate lingering aftertaste that only leaves you thirsty for more. Definitely a bourbon worth sipping neat or if you like on the rocks.

When mixed we found that Angel’s Envy is an all-star in this respect as well. No matter how you devise your cocktail this bourbon is a solid base ingredient and adds a nice kick!

MIX IT UP… “Kentucky Mule”

Directions: Shake, strain. Serve in a highball glass with a ginger candy garnish.