Take two parts determination, mix with three parts passion, add a dash of crazy and mix until the solution almost breaks and you have the beginnings of the basic formula for Westward Whiskey.

The good people at House Spirits, the creators of Westward Whiskey, somehow found the time, between distilling and moving into a larger space, to sit down with me and take me through their process. Now I am by no means am a Master of Malt like Andrew Tice and Mile Munro, but at the same time my love for the dram is real.

Kelly Sanders, the Head of Marketing at House Spirits sat in with us explain the dedication and drive it takes from Andrew and Miles as their brand is expanding into territories unknown.

Both Andrew, the Head Distiller and Miles, the Assistant Distiller, come from a beer brewing background, so when they took control of the ship at Westward quality of ingredients was paramount. Everything from the specific yeast strains to fermentation temperature is controlled with love and little bit of obsession. I learned that a whole new set of tools will be added to their arsenal as House Spirits is building a new space for them to expand both the Westward line and the offerings. I never seen someone get so excited at the possibility of charting different barrels aging in different temperatures, but that is the love it takes to create the complexities, nuances and layers in Westward. 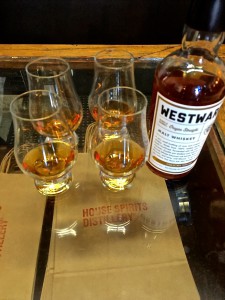 Our little band of whiskey drinkers sampled three different barrels, two being nearly identical in fermentation time and the other being “almost” ready. Barrel #3 and #7 began the process together but developed distinct characteristics of their own. Andrew pointed out that each barrel is going to impart its own unique elements into the whiskey as it ages over the three year process.

So why three years? There are so many whiskies that hover around the eight, ten and twelve year marks. Three years didn’t make sense until I tasted the whiskey. Andrew and Miles walked me through the three-year mark being a sort of sweet spot in their developmental process. At three years it begins to loose the “green” and “vegetal” characteristics and mellow into honey, spice and vanilla. While the description may lead an eager sampler to think it’s going to mimic bourbon, the layered profile blends in a bit of Highland Single Malt to the mix.

Now that I have sufficiently blabbed on about the people and the process, lets get down to the taste.

Cinnamon, clove honey, roasted almonds, vanilla and rich oak weave together through the bouquet and through the long lingering finish. The time spent in barrel allows for the whiskey to take what it needs from the oak without having it overpower the malt. 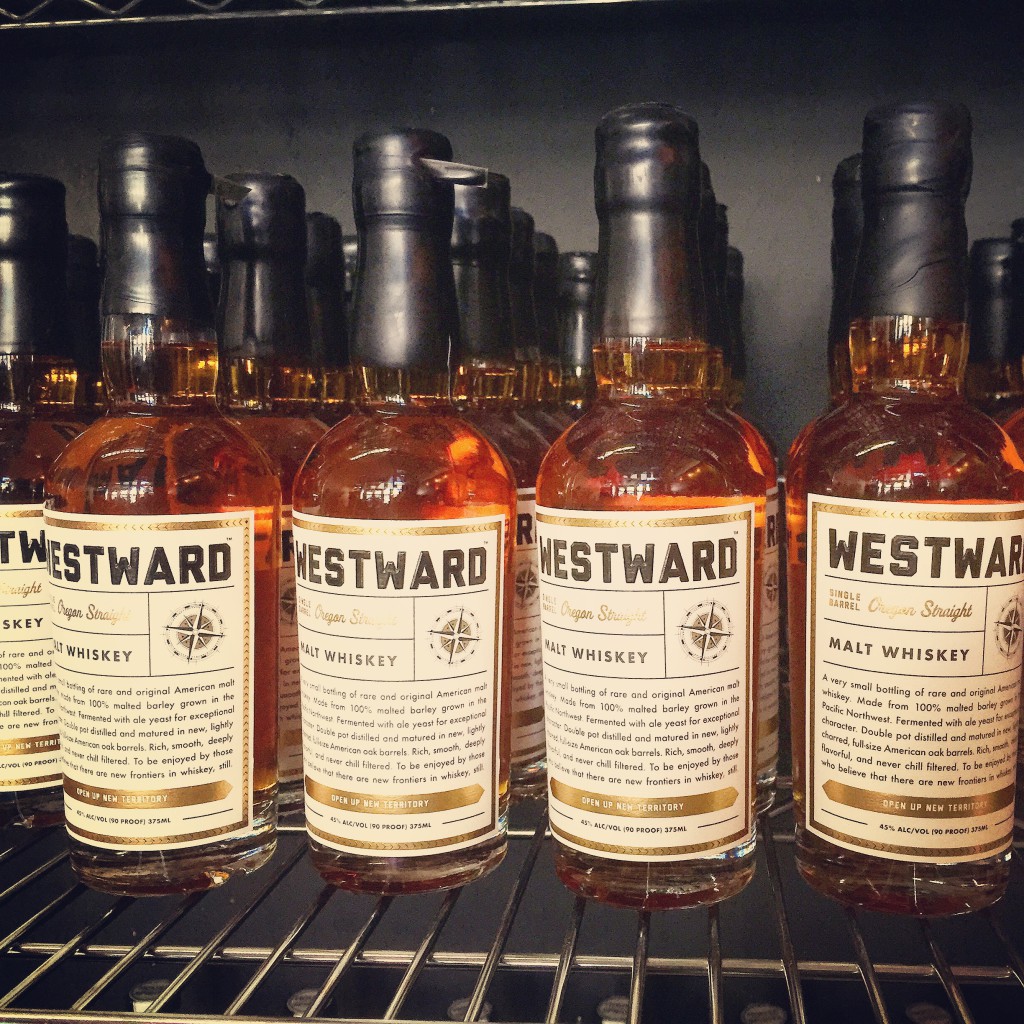 With so many craft distilleries popping up, and sourcing their spirits without making it clear to the consumer, I was more than impressed to see for myself the genuine care they have for the craft manifest itself as an amazing whiskey. At this point demand is far outweighing their ability to produce. With the addition of a brand-spanking-new facility set to open in late summer/early fall hopefully, selfishly, the scales will balance themselves on the backs of their hard work.

The art of craft whiskey is more about expressing the passion for the process than trying to cash in on a fad. Westward Whiskey sets the bar in balance, taste and style.