Since the release of its predecessor, the JBL Pulse has dazzled the world of wireless bluetooth speakers, showing they know how to kick it up a notch and transform providing music into an interactive experience with its LED light show.

Now two years later JBL is showing there’s power in the sequel, taking a cue for what the fans asked for with audio upgrades, a longer battery life, the addition of a speakerphone, and just for fun a sensor that can ‘read’ colors around you. If you’re not familiar with the original JBL Pulse, check out our original review, though it’s by no means a prerequisite for enjoying the JBL Pulse 2. 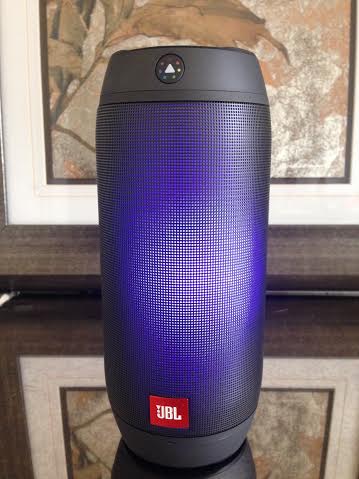 Most notable change: the device now has a JBL prism sense for color sensory; do not be fooled, this looks suspiciously like a typical camera lens on a phone, but you won’t be getting any pictures out of it. All you have to do is face the color prism lens to the color you’d like the lights to pair with, then hold down the color prism button for the color to “match.” This feature is a bit of a letdown, as the color has to be really vibrant for the lens to pick up the color, and if it can’t read it, it defaults to the drabbest color of the bunch, gray. After trying it a bunch of times, it doesn’t feel like the color prism is a hugely necessary or gotta have it feature.

Improvements have been made in the battery life of the Pulse; it now brags of 10 hours with the LED lights going, whereas the previous model only was good for five with lights ablaze.

One feature on the previous model that is missing now is the omission of NFC, which allowed you to simply touch your phone and connect to the speaker. For consumers used to this feature the process of connecting the bluetooth becomes a little more arduous, though by no means difficult.

Another thing missing is that there’s no longer an equalizer mode for the colors, meaning no fun colors dancing to the beat. Sure there’s still patterns the colors go in, but they’re dancing to their own beat, without choreography from the song you’re listening to.

Once again the JBL Pulse comes with a corresponding music app that you control the device from your phone, which allows you to pick from eight patterns for the lights to dance. It also comes with a sound machine, so you can quite literally have a open fire, thunderstorm, fireflies, or “twinkling” stars if you need a break from the music, or an aid to help you sleep.

The integrated controls (volume, bluetooth, play/pause, on/off) are much of what you would expect. Overall, the controls are easy to navigate and are well labeled. 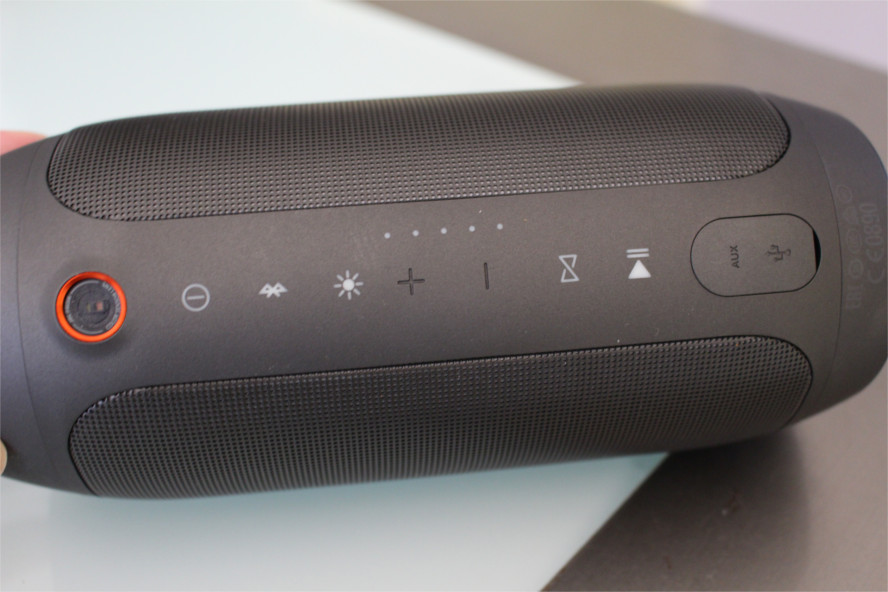 The Pulse 2 makes pairing the bluetooth super easy and pain free with your lap top or phone. The only hang up with pairing is that the patterns are only available through the app, so if you’re playing music from your laptop you must use the LED button on the speaker instead. Not a huge inconvenience by any means, but it makes the app feel a little less functional nevertheless.

Now for the fun part; how does it all sound?! One feature right off the bat you can’t help but notice if you have the volume on at even moderate levels with your phone/computer, it’s very LOUD. There’s only 5 volume settings on the device, but you’ll have to turn the volume down down down on your phone or computer for it not to be painful in normal/non-party settings.

Most reports show the device has made significant improvements in the sound department, which appears to be in the most part due to the addition of two new bass radiators in each end of the Pulse 2. The speaker provides a bass heavy sound while still delivering impressive clarity, making it a great value retailing at 199.99. 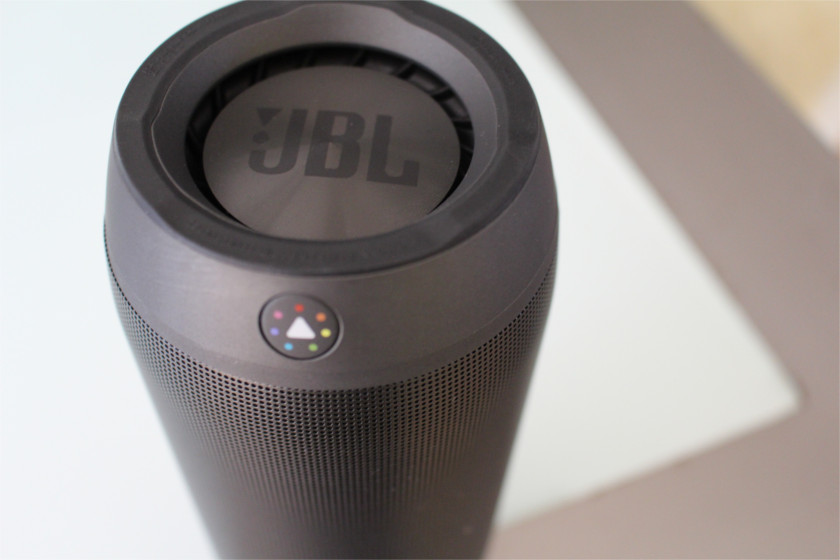 A big change from the original looks wise is that the device now has a bass radiators on each side of the device. The temptation to feel the bass is real, and go on ahead it won’t hurt anything. The only drawback to this is that there’s no longer support for laying the device horizontal, which is still the best way for the sound to come out. When you have the device vertical it blocks one bass radiator, making the sound feel bass heavy and hollow.

The splash proof feature on the device is super convenient, making using the device in the bathroom while showering or at the beach a worry free experience. Still keep in mind splash proof doesn’t equal waterproof; rinse off the body of the device with no worries, but don’t take it with you while doing laps in the pool.

JBL Pulse 2 Bluetooth Speaker - Tech Review
If you were hoping that the Pulse 2 would have significant improvements in the sound quality, you're in luck; JBL came through in creating a superior device while showing it still can keep the party going. Sure there's a few minor features that we wish had been left alone, like NFC and the color equalizer, but the overall improvements of the device cannot be denied. The JBL Pulse 2 shows that its LED lights are NOT a gimmick, just an added benefit to using this very superior device.
Design 9
Pairing 8.5
Controls 9
Acoustics 9
Build Quality 9.3
Value 9.2
The Good:
The Not so Good:
9Overall Score