Following in his tobacconist Father’s footsteps, Zino Davidoff’s love for the leaf grew as he felt the soil under his feet and the sun-drenched leaves in his hands. Under his watch the Davidoff store in Geneva saw everyone from Kings and Rothchilds, to movie stars and dignitaries share cigars and their passion for a good smoke. As the admiration and call for his tobacco blends, both in pipes and cigars grew, so did his global reach. Years later, his uncompromising drive has lead the world of Davidoff into a world leader of tobacco.

It is this line, the Escurio line, that takes his drive, and craftsman ship into a direction of decadence and a touch of devilish delight. Preying on the palate like a inhibition-stripping cocktail, Davidoff draws inspiration for this line from the nightlife and rhythmic rumbas of Brazil. Grab your cutter, lighter, and dancing shoes, as this South American treat takes you on a wild, delicious ride.

“We found our inspiration in Rio, the soul of Brazil, and in the rhythms, intrigue, and rich experiences of its nights. And, just like an adventurous evening in this vibrant city, this complex and original cigar will carry you along on a taste adventure with unexpected twists and turns. Allow us to introduce to you, the Davidoff Escurio. Rhythm. Intrigue. Originality.”

Recently we had the opportunity to taste and review Davidoff’s full line of Escurio sticks, including the Petite Robusto, the Gran Toro and the Robusto Tubo. Here’s what we discovered…

Following their lead from the Brazilian lifestyles, Davidoff blends a rich dark tobacco from Brazil called Mata Fina with smooth Cuban-born leaf of Criollo to create a beautiful depth of flavors that run from first puff, to the last. Balanced by the Dominican tobaccos and Habano seed Ecuadorian wrapper, you’re in for a true play between sweet richness, and a spicy fire that showcases the craftsmanship behind the blend and every rolled treat. 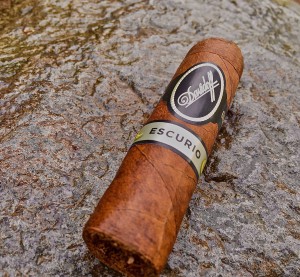 Every puff brought out an breathy cycle of air through the Ecuadorean wrapper, allowing the flavors to expose themselves and evolve. From the Petit Robusto to the Gran Toro, the draw was light, and added to the foundation of flavors, rather than detracting or distracting. With such an easy draw, and not having to strain to bring out the nuances, the cigar is able to reveal the profile that was intended by the blenders.

While only the Gran Toro needed any sort of assistance with keeping the burn even, there were no major hiccups in any of the cigars as they burned down to the label. Only once did the lighter correct a small uneven spot, and other than that, the burn from all three, was perfect. This shows the consistency in premiere craftsmanship and attention to detail the Davidoff brand has come to command.

Artfully playing between the bold and brash spice of the Dominican and Brazilian tobaccos in the filler, with the light sweetness of the Ecuadorean wrapper, the Escurio line teaches a clinic on balance. Right down to the last puff, the Escurio proved that it carried the namesake bestowed by Davidoff with class and style. Each expression of the Escurio line brought with it different highlights according to the shape. 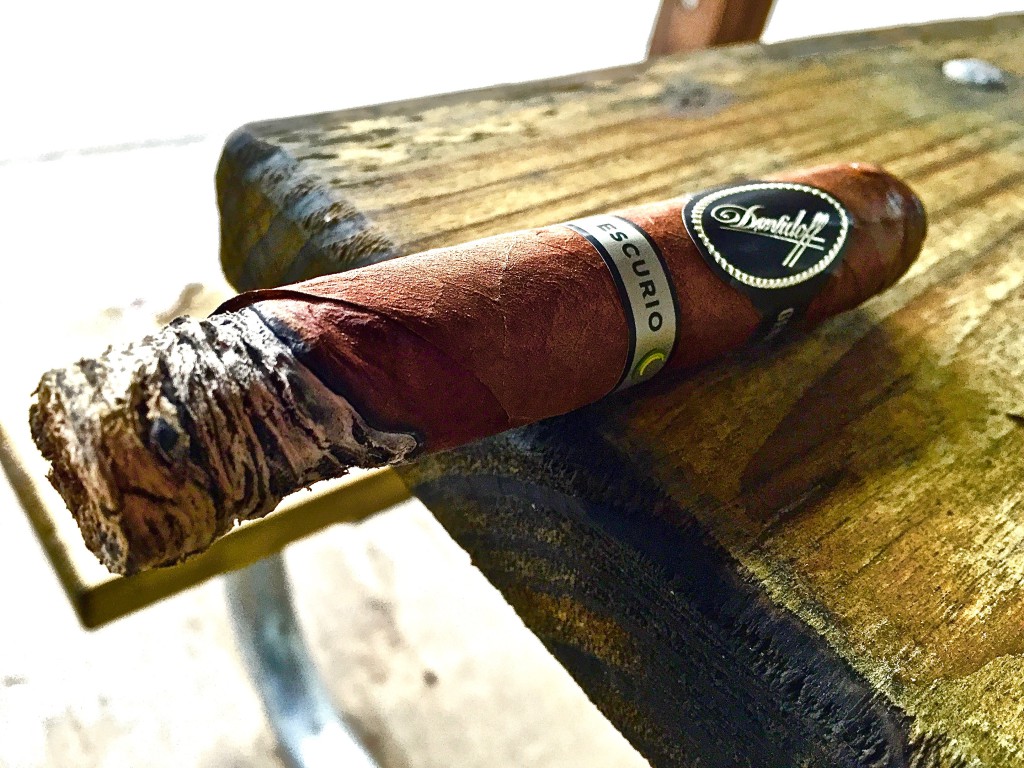 The Petit Robusto was a touch spicier, showcasing the intended analogy of the hot Brazilian nights beautifully. The Robusto, while a touch milder, showed less of a punch-in-the-face, and more of a seductive slap. The Gran Toro was a beautiful culmination of the goal set out by Davidoff. The length allowed the filler, binder, and wrapper to co-mingle and bleed into a sort of decadence that Zino must have been envisioning all along. 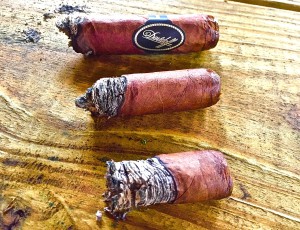 Luxury comes at a price, and this smoke is worth it. Definitely not priced as an “every day” smoke, this is a celebration smoke. Pull one out of the humidor for holidays, milestones, significant moments, or just to give yourself one hell of a treat on a random Tuesday.

From decades of respect and hard work, with generations of prestige to follow, the Davidoff Escurio line is both an homage to the past and an challenge-setting bar for the future.

A Trio of Davidoff Delights: The Escurio Line
While a bit on the pricey side, this cigars sets the bar. Balance, craftsmanship and flavor... Davidoff's Escurio line is simply fantastic.
Construction 9.6
Draw9.6
Burn9.4
Aroma 9.5
Flavor 9.5
Value 9.2
The Good:
The Not so Good:
9.5Overall Score
Reader Rating: (1 Vote)
10.0