You purchase it every year, likely the day it comes out, but honestly… do you ever feel like you’re playing the same game year after year – over and over with the only foreseeable change being additional (rookie) players and a $60.00 hole burnt in your pocket? Well, this year EA Sports and the Madden franchise are promising new exciting gameplay, unique storylines and social media integration. We’ve seen the screen shots and a few teaser videos and we’re actually pretty excited for  Madden 13! In fact some critics are even touting this year’s installment as the biggest upgrade to the franchise ever.  From what we can tell the graphics look great, the physics are excellent and the new Infinity Engine which powers the game is quite impressive. Here’s a few screen shots to get your blood pumping… 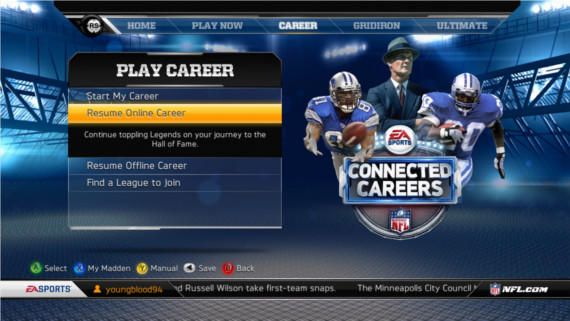 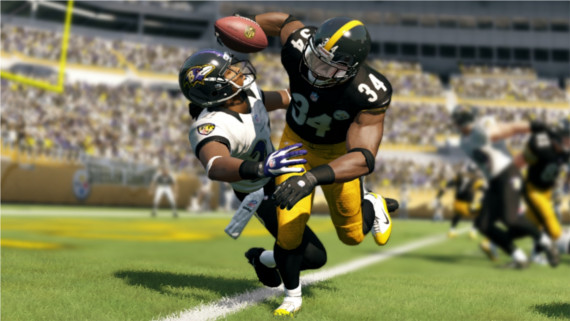 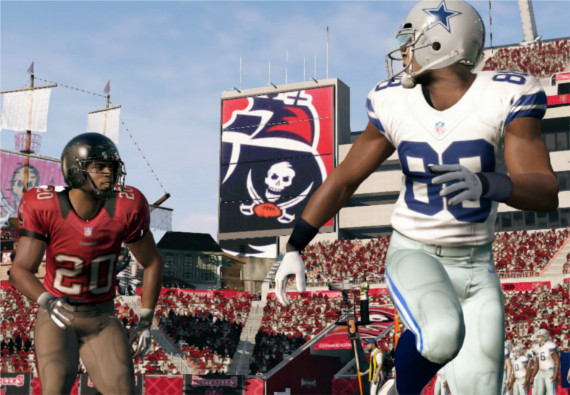 Wondering what exactly is new for 2013, well… we’ve compiled a few bullet points that might peak your interests including some game play improvements and some key features that stick out at us.

Stay tuned for our in-dept review coming soon! Until then remember that Madden NFL 13 is scheduled to hit the selves on August 28th for Playstation 3, Xbox 360 and Nintendo Wii. Make sure to check out the embedded video to get a behind-the-scenes look at EA’s game play improvements in action!
Pre-order: $69.99