If there’s ever a time a year that everyone seems to be hyperaware of weather, it tends to be Spring. We’re actively looking the weather to give us something after a long and treacherous winter. In many ways, new music is the same way in Spring. Searching for the first certified banger of the year is a tradition as celebrated as the first time in the year that you’re able to walk outside with no shoes on.

And what does this mix of selected songs for Spring tell us? For now, it looks like Spring is coming in like a lamb – sure there are protest songs, and powerglidin’ but there’s also a firm stance on a worry-free life, and looking forward to brighter days ahead. Spotify remains our number one source for new music, even if we have to dip in Apple Music every now and then for super hot tracks not available on all platforms.

The theme here is one you don’t see often in music lyrics: it’s that of a hotel employee trying to keep after his temporary tenants – total Grand Budapest Hotel vibes, including the video that gets away with eccentricity that only FJM can get away with – 2 solid minutes of what disguises itself as a lyrical video, followed by the the artist in front of blatant stock photography. 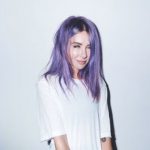 9. No by Alison Wonderland

If we’re thinking Spring we need a song that gives us festival vibes, and Alison Wonderland has got the hook up for it. And not only is she a badass DJ in a sea of men, she’s the highest billed female DJ appearing at Coachella this year. “No” feels like sunshine and carries along at a pleasant beat that feels like an afternoon around a swimming pool in Palm Springs. 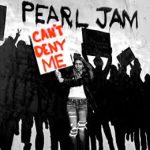 In the age of a postmodern protest song, Pearl Jam awakens the ghost of “Angry Vedder” with self affirming jabs here like “Got nothin’…but the will to survive, you can’t control and you can’t deny me.” It’s been five years since the band’s last release “Lightning Bolt” and with this release they’ve confirmed a new album is on the way…but that’s about all we know at this time. 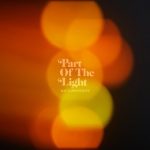 7. Such a Simple Thing by Ray LaMontagne

Coming in like a Simon & Garfunkel Song, Ray here gives us his trademark laid-back swoon-y vibes with a large helping of peacefulness. “Tell me what your hearts wants, such a simple thing” is a mantra that encapsulates the song, and gives us hope that maybe life doesn’t always have to be as complicated as it seems. 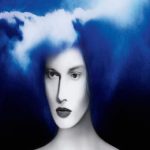 There’s no doubt that Jack White is one of Rock’s own prototypes, a high powered mutant not fit for mass production, and with every new release of his, his weirdness is solidified and lengthened. An example here as he gives us imagery of anxiety, volcanoes, and the casual use of the word “Sisyphean.” The guitar break at the 2:45 is the stuff of legends, and will have you come back from more – we have to say it – over and over again. 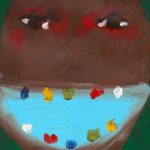 If there’s anything that the youth and their youthful musical preferences have taught us in 2018, it’s that they’re after peace of mind and a peaceful way of life. And with this way of life, one might go ahead and throw in baller status, with a “big house like Gatsby.” The harmony of DJ, rapper, and an indie artist marries well here, with each artist adding a piece of themselves in just the right amount. 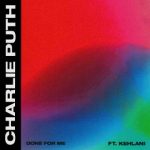 4. Done for Me by Charlie Puth, Kehlani

Charlie Puth & Kehlani have harnessed their inner Janet Jackson and ask What Have You ‘Done For Me’ Late-ly? The answer is undetermined, but the questions sure do make for a pop-banger. The juxtaposition of the song gives us serious 90s boy band vibes but the sound is thoroughly right now. A must have to give you your “catchy single” fix.

What better name for a sequel to 44 bars than 44 more? Bobby Tarantino meets Bobby Tarantino II, and on this journey he uses his trademark turbo booster raps that leaves the playing field in his dust. The sequel is so hott that we can’t help but hope for a trilogy closer, possibly titled “44x44x44 = 132.” 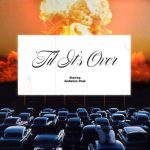 2. Til’ It’s Over by Anderson Paak

It’s not often in this day and age of DVRs that everyone can’t stop talking about a commercial, but when you add a brilliantly directed commercial by Spike Jonze into the mix, things turn out that way. Depicted by FKA Twigs shaking off a soulless commute home in the city, the sound of Anderson.Paak is enough to transform her into another technicolor world. The only bummer here for Spotify diehards is that because it is promoting Apple Music, one has to enter that world or pick it up on iTunes to here for the full, colorful (and totally worth it) track. 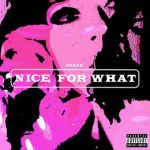 1. Nice For What by Drake

Hit play and the roll down the windows at the same time, as we have our first official banger of the year with this one. Celebrating women and giving us mega bass at the same time, Nice For What will win you over on the first listen, and have you coming back to determine your favorite part over and over again. The music video is not to be missed as well, as it highlights some of the hottest women across several industries.