For those interested in the latest trend of making the home smarter, technology has made the leap from inside the home to outside thanks to the team at Rachio.  Their product, the Iro is a cloud connected sprinkler controller that doesn’t just let you water your lawn remotely using an app on your phone or tablet.  It also uses sophisticated technology to monitor the weather and actually anticipate your lawn watering needs to help the environment and put some money back in your wallet.

Rachio has put a lot of thought into making the Iro worthy of its place in the smart home market and the resulting product is a fantastic showing.  By combining easy installation, easy usage, high intelligence, a willingness to play well with others and exemplary customer service, the Iro is the kind of product that makes the smart home fun to build. 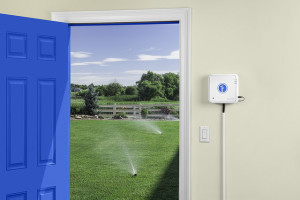 The Rachio Iro is a unit that is designed to accompany the plumbing for an existing sprinkler system. It assumes you are using in place of a “non-intelligent” electronic timer based sprinkler controller.  The types most commonly found in permanently installed in-ground irrigation systems with electronically controlled zone valves. If you have manually controlled valves, you will need to invest in some irrigation upgrading first to make sure you have the proper infrastructure before you can use the Iro.

Before installing the Rachio Iro, you can perform most of the setup procedures prior to mounting on the wall. The first step is to download the Rachio App which is available on the iTunes App Store, Google or the Amazon appstore for Fire devices.

After installing the app, you are asked a series of questions to gather some basic information about your WiFi network and create your Rachio account. After the information is collected, the settings are transferred to the Rachio device through a clever method known as “Blink Up.”  This is a high tech form of Morse code where you hold your phone up to a small light sensor on the face of the Iro and your screen will blink a signal that transfers all the information you just entered straight into the Iro’s brain.

This made me a little nervous because I have seen “Blink Up” implemented on other devices where it never quite seemed to work very well. Ultimately, on those devices, the “Blink Up” became the demise of the now retired products.  The Iro however worked flawlessly and the Rachio online user community seems to agree that there are no reports of widespread issues.

Once “Blink Up” is complete, the app shows the Iro going online and just like that, it is connected to the cloud, ready to be installed into its final location. 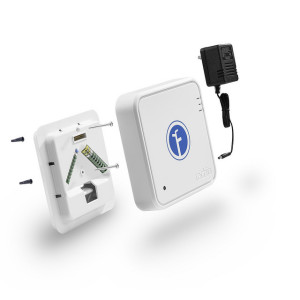 Installation is very straightforward and involves screwing to the wall and moving the wires from your old controller to the very easy to use push connectors on the Iro. No tools are needed to connect the wires and the terminals are well marked, but I did find that using a tiny screwdriver helped to make sure there was a good connection at the terminals.

Support is built into the Rachio Iro for wiring up to 8 or 16 zones. The Iro also supports the use of a wired rain sensor as well as control for a master valve if your system requires turning on a pump or a single valve to activate the irrigation system.

The final part of setup is labeling your zones in the app and answering a few questions about soil type, sprinkler head type and what the Iro will be watering. Once the basic information is entered, the Iro makes some very smart assumptions to finalize and prepare your setup so that you are ready to let the cloud water your landscaping! 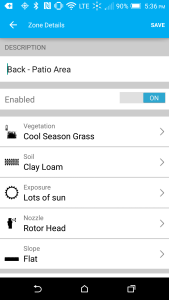 The usage of the Rachio Iro becomes incredibly simple through the use of the website or app. Because the Iro is connected to the cloud, you can turn on and monitor your sprinklers from any place at any time. This sets the Iro apart from similar devices that can get weather information from the cloud but do not allow the ability to actually control the sprinklers on-demand.

To turn on a zone, simply tell the app which zone and for how long you would like it to run. When the timer has completed, a push notification will alert your phone that the sprinklers have turned off or move on to the next zone you requested to be watered.

In order to fully take advantage of all the Rachio Iro has to offer, you have to dive into the automatic scheduling abilities that really set the Iro apart from old fashioned timers of the past. Based on your soil type, sprinkler type, landscaping type, terrain features and advanced weather, Rachio will suggest and maintain a schedule that best fits your landscape.

Not only will the Rachio Iro create a schedule for you, but it will seamlessly use an impressive amount of intelligence to constantly adjust the schedule.  It does this based on seasonal factors by looking at historical trends in weather as well as weather you have just experienced and even weather that is in the forecast.

Technically speaking, Rachio has figured out a way for the Iro to monitor evapotranspiration before the start of each schedule.  The result is that if an abnormal drought settles in, you can rest assured that the Iro will automatically increase your watering times to make sure your lawn does not get thirsty. The opposite is also true where if an unusually wet few days come through or if there is rain in the immediate forecast.  The built in intelligence will then tell the Iro to skip a watering schedule to ultimately conserve water to help the environment and keep the water bill nice and low.

The data it pulls comes from a network of nearby weather stations hosted by the National Weather Service and also private stations hosted by hobbyists who have stations in their back yards. For maximum accuracy, you can even host your own weather station that will upload data to the same networks that Rachio uses for its scheduling calculations and the intelligence will be tailored specifically to your exact location. 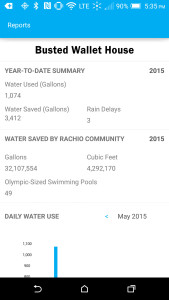 The Rachio definitely excels at pulling data, but it is no slouch when it comes to generating data either. The reporting on the application is not necessarily extensive, but it compiles its data to show you a nice breakdown of exactly how much water you used and saved.

I found the data and intelligence to be surprisingly accurate and was pleasantly surprised to find that more than half of my watering schedules during the test period were skipped because the Iro determined they were not needed. The bottom line here is that the Iro has actually saved more than it has used and has started to pay for itself.  That is something that cannot be said for any traditional controllers.

An important discovery is that the Iro assumes heavily that your irrigation system has gone through the process of being properly installed so that the sprinkler heads water evenly and have been tuned to work as designed. If you have recently changed a few sprinkler heads as a DIY project or are unsure if this has ever been done to your system, it would be worth the call to a local sprinkler shop to have them come out for a tune up before you really start to use the Iro.

In terms of future Iro intelligence, not only is the Iro smart, but it is getting smarter thanks to Rachio being very committed to making the Iro better.  With features on the horizon such as cloud based soil moisture monitors, a new version of the interface/app and smarter watering methods like budget based watering schedules, its safe to say that the Iro does not plan to sit back while competitors catch up.  And with the Iro being cloud connected, all of those updates will be pushed to existing owners automatically for no charge.

When it comes to flexibility, this is where all other tech companies need to study how Rachio has done it because the Iro is the most technically flexible consumer product I’ve come across lately. There are options for customizing the Iro for every type of user. 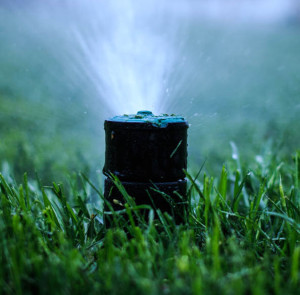 If you are not technically savvy, the base values and functionality are still well worth the price tag and perform as they should. In fact I double checked some of the assumed values and found them to be surprisingly accurate right out of the box. For example, the nozzle flow rates I use defaulted to a value of 0.700 cu. In./hour of water and after an in depth test of my own system, I found the actual value I needed to be 0.696 cu. In./hour which was so close to the assumed value that it wasn’t even worth changing.

If you are a moderate tinkerer when it comes to technology, there are plenty of options for you to play with as well. The most notable and just plain ingenious is that the Iro is part of the “Works With Nest” program provided by the Nest Protect series of smoke & CO alarms. If you happen to have the Nest Protect installed in your home, with a single click of a button you will unlock a special feature combining both devices and helping you and your neighbors. In the event of a fire in your home, the Iro will cycle through your sprinkler zones to help contain and extinguish the fire.

For the moderate level tinkerer who is familiar with the popular If This, Then That website, you will also be treated with a plethora of recipes, triggers and actions to help the Iro achieve all your wildest irrigation dreams. From very usable recipes such as If the temperature drops below 32 degrees, do not water to the more obscure but entertaining recipes such as If Congress Is Voting, The Lawn Must Be Dry…

If you happen to be a super high tech power user, you will be happy to know that almost every value in the Iro computation formula is completely editable. Rachio will even let you get right under the hood with a well-documented full application programming interface that will let you write custom applications using the Iro or even custom integrations for platforms such as SmartThings. 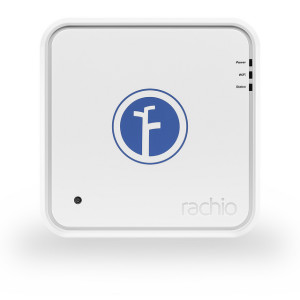 At a price point at $249 for the 8 zone version and $299 for the 16 zone version, the Rachio Iro is not quite a device that a casual homeowner is going to rush out to get on a whim.  However Rachio is now EPA WaterSense certified meaning there are likely rebates available in your area to help reduce the initial cost.

Another area of savings is that the typical installation will reduce unnecessary waterings to the tune of 30% to 60% in water costs saved by average users.  With the average lawn easily costing between $50-$100 a month in water used for irrigation, it would not be far of a stretch for the Iro to actually pay for itself in the first year after installing.  Even still, considering all the other features that you get for that entry cost, if you are a smart home enthusiast or looking to reduce water consumption, you are definitely going to love the Rachio Iro.

Rachio Iro Smart Irrigation System - Tech Review
The Rachio Iro is a fantastic home improvement that is easy to install and can provide instant real savings by reducing the water bill when watering the lawn. Both technical power users and novices will find the Iro easy to install, very customizable and simple to use.
Installation9.6
Usage9.7
Intelligence9.7
Flexibility10
Value9.5
The Good
The Not So Good
9.7Overall Score
Reader Rating: (11 Votes)
7.8