Left to its own devices this week, new music came hurtling in our direction with a slew of familiar artists, including AlunaGeorge requesting herself to be chief ‘Meditator’ for compromising situations, French Montana formally petitioning for “2 Times,” and Skylar Grey with a simple and dire plea to “Come Up For Air.”

Artists aren’t the only ones with needs and special requests; get your fill on Spotify for new fresh beats. If times are moving too fast and it feels like you’ve lost track of all the new sounds from the last six months, we’ve got you covered on Busted Wallet’s New Music Friday All Stars. Get to playin’ to introduce yourself to your new favorite song. 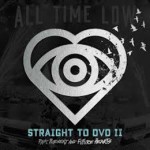 10. Take Cover by All Time Low

Perhaps the biggest ‘discovery’ in music as of late was Patrick Metzger’s discourse on the Millennial Whoop, that signature ‘whoa oh ah oh” sound that pops up now and again, making a song easily identifiable. Thus our ears were to the grindstone, and the pop punk vibe of ATL quickly fell into the trap with their own version (albeit slightly altered). Regardless your feelings on this piece of pop culture, fans of the band have no reason not to like their latest offspring, Straight To DVD II, available everywhere next Friday. 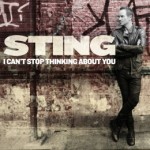 9. I Can’t Stop Thinking About You by Sting

When it comes to the vibe Sting produces, it’s timeless music while appearing ageless; a vampiric stronghold with none of the creepiness. At 64, with a steady record of an album drop every three years or so, on ICSTAY he’s making good on that timelessness. The song gives off the sentiment of Every Breath You Take while jamming to the tempo of King of Pain. For good feelings and best results listen to the track with your parents and bond over the power wails. 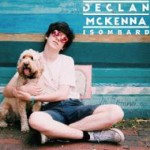 A political statement disguised as an upbeat indie track is all we’ve ever hoped for from the genre, and on Isombard Declan McKenna proves he’s just the 17 year old for the job. He’s making a name for himself while showing that youth today are progressive thinkers, not tech-addicted flakes. With a track record of political statements behind him, the central them on Isombard, as the artist told Fader Magazine, is about the media “…using cases for backwards political gains but completely fumbling over the words and not really know what they’re talking about.” Poetically translated into the chorus ‘Well, if you can’t walk then RUN.” 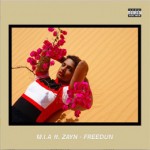 It’s fair to say when conjuring up feelings towards M.I.A. these day most would use the word ‘controversial.’ You could hypothetically use the same word to describe ZAYN, if you take in account his ‘beef’ with Azealia Banks this year…or maybe not, but both names are ‘loaded.’ It’s so surprising, then, that on their first collaboration together they’ve created something so carefree. You can play Freedun while studying, stretching, or even meditating, and all the while feel completely at peace. A good message to never judge a track by the artist’s popular reputation. 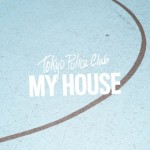 6. My House by Tokyo Police Club

‘Any ol’ day now’ Tokyo Police Club will be coming out with Melon Collie and the Infinite Radness: Part One (September 23rd to be exact), which intends to delight Smashing Pumpkin fans and double entendres fans alike. Getting you there is My House, which feels like it’s trying to describe watching an outdoor concert from afar, (“I can see it from myyyy houuuse!”) but really it’s about secrets threatening to spill over. It’s good time indie rock at its best. 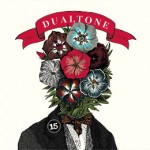 Saying that an acoustic singer slash songwriter writes meaningful lyrics seems baldly redundant, but I DARE you not to fall into pure enthrallment on Tomorrow. You need only look to the first verse for proof: “I’m tired of losing/I used to win every night of the week/Back when sex and amphetamines were the staples of our childhood physique.” And on it goes, the lyrics eventually finding their way to a toe-tapping chorus, with a jolly tambourine to back it up. He gives off a wrenching acoustic strain that makes you feel warm and sad all at once. 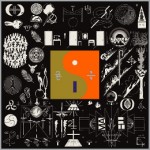 Quick confession: it took me a long time to ‘get’ Bon Iver. After his spectacular rise in (hipster-centric) popularity resulted in a Best New Artist Grammy in 2012, I took it upon myself to make myself familiar. On 33 “GOD” BI makes ‘getting it’ easy, pairing warping instrumentals with fast paced verses, and references to the Ace Hotel to make you lose your mind. It feels like something Kanye would want as background vibes while he delivers his latest incoherent ramblings. Whether you were slow to catch onto or love him endlessly, give this one a chance. 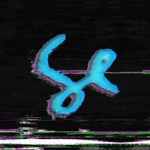 There’s an undeniable ‘theme song from ‘Stranger Things’’ sound that comes off of Radio, lingering and drawing the opening out, usually a deal breaker in these ‘you have 10 seconds to get my attention” times. The similarity to the popular Netflix series is enough, but then at the one minute mark the song completely switches gears. It brilliantly pokes fun at at the ball n’ chain like partnership of listener and top 40 music. Highlights include Amelia Meath drawing out the line “Faking the truth in a new pop song, don’t you want to play along?” 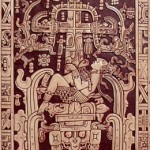 2. Descendant of the Stars (Traveling the Stars Theme) by Action Bronson

When you’ve been recruited by Viceland for a show entitled Action Bronson Watches Ancient Aliens, you must hold with care the vibe they’re looking for on the theme intro. Fortunately when it comes to Action Bronson he’s always got the right stuff to match what he’s doing, no matter how out there it is. One doesn’t need to be an alien enthusiast to appreciate the song, just an penchant for ego driven, walking-around-and-nobody-better-get-in-my-way type vibes. It’s aggressive and laid-back at the same time, like listening to Snoop at his best. 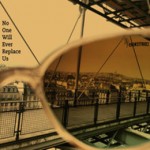 1. No One Will Ever Replace Us by The Courteeners

You’ll will want to keep this song in the vault for June 8th next year, also known as National Best Friend day. What better way to commemorate a friendship than declaring “no one will ever replace us, we were the best thing that ever lived”? Sure, it just could be a nod to the ego, but it’s always better when friendship is involved. The band will be spreading the love over the UK, their homeland, following the release of Mapping The Rendezvous in October. We can’t wait for what other love bombs await.