September ushers in a new season, but for new music the playing field is looking strikingly the same as heavy hitters from the summer. SZA and Cardi B are still in heavy rotation, Macklemore’s album is finally out, and so is Miley Cyrus’s. Even so, all the sounds managed to sound fresh and ready for a new time of year.

We’ve taken the legwork out of listening all of September’s new tracks (and we do mean allll of them) and what follows are the ones we think you’ll enjoy the most. Just for fun, we included them in ranking order, because there always has to be one champion. Listen to the tracks in playlist form, here. 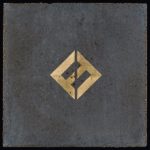 Showing no signs of stopping 23 years in, September had the Foo Fighters celebrating the release of their ninth album. Concrete and Gold is neither the band’s hardest material nor their softest, opting for more of the sing-along friendly tracks we’re grown so used to over the years. T-Shirt opens up the album and goes from soulful to solid rock to wrapping it up, all in less than a minute and a half. 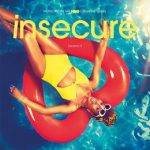 Keeping the party rolling after her June release, Ctrl, here SZA feels right at home on HBO’s Insecure season two soundtrack. Quicksand proves to be the perfect extension of Ctrl, with SZA bringing the emotions, harmony, and full on syncopations. A good track to play if you’re still in denial that it is no longer summer. 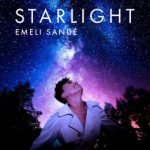 Winning the award for this month’s feel-good track, Emeli Sandé came hot of the gate and has us wanting to bust a move under any starlight we can find, official or otherwise. The track can be considered somewhat of a departure for Sandé, trading in the heavy ballads for something that flirts with EDM, very possible that it could get mistaken for House. 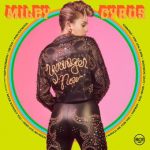 Nothing more encapsulates the bluesy, country vibe on Miley’s new album “Younger Now” than her duet with Dolly Parton. Past 30-second voicemail Dolly leaves Miley, the two sing about a utopian society where we all walk hand and hand and smile. Perfect for getting your country fix, and a happy fixation on easier life. 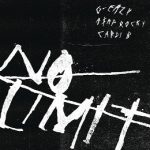 It’s a collaboration that rolls along so easy, it is surprising that it hasn’t been done before or that it hasn’t made a bigger splash yet. Reminiscent of Jay-Z, Kanye West, and Nicki Minaj’s Monster, the crown jewel in this trifecta is the verse supplied by Cardi B, whose summer saw her becoming the brightest star on hip hop’s horizon. Good for blasting in the last days of ‘roll down the windows’ weather. 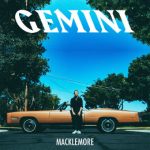 This collaboration makes so much sense we had to double check that these two haven’t joined forces before. And the timing is just right; Kesha fresh off of her August release Rainbow, while Macklemore just put out Gemini. The track itself hints at sadness, but ultimately gives us something to smile about, realizing that no matter your age bracket we’re all “still growing up.” 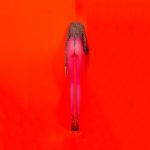 When St. Vincent realized New York earlier in the year, we thought there wasn’t anything that could possibly compete with the titan town. That was until the Texan native introduced us to New York’s antithesis, Los Angeles. Ever the artist, the track is not complete without taking in the album artwork and its music video that, lucky for us, was just released. Conjuring up old LA standbys like plastic surgery and pilates, St. Vincent gives us what want for the song while exercising her signature style. 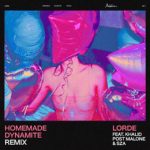 A perfect complement to the album that was inspired by a night at a party, it’s only fair that Lorde’s party guests have a chance to speak up here. A wonderful touch has each guest with their own verse, then joining Lorde in on the following chorus, culminating with everyone singing on the chorus at the end. This one will fit naturally on your next party’s playlist. 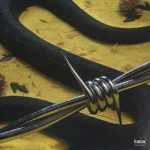 There weren’t any other songs in September that blew up so quickly and so furiously as Post Malone’s rockstar. It appears that life as a hip hop star wasn’t enough, and he’s eager to be about that rockstar life, too. The things that are rapped here are as expected – drugs, groupies, and throwing TVs out of hotel windows. Perfect not just for Post Malone’s rockstar aspirations, but for yours as well. 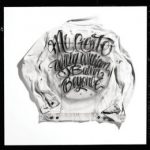 Already a massive, massive track on its own, we can’t help but think a boost from Queen B will do wonders for the universal appeal of this track. And before you’re quick to compare it to Despacito, know that here all you will get is all airtight raps and BASS. Beyoncé chimes in Spanish, her contribution also reflecting that all income from the song will be contributed to aid hurricane relief. Easter eggs abound on the track, but our favorite has Beyoncé asking “Azul (blue) are you with me?” to which a young voice answers at the end “oh yes I am.”