As the year barrels towards its finish, it’s very easy to get caught up in the activities and speed of Fall. Time seems to start moving faster, and it gets easier to overlook things. We know that October brought a new album from P!nk and a resurgence of Sam Smith, but what about the rest of the field? Luckily, we’ve been keeping tabs on all things fresh and new in music, and we’re happy to report October’s output has been just as strong as any other month of 2017 so far.

We’ve poured over each new track that Spotify spits out via the New Music Friday playlist, and just because it’s more fun that way, we ranked them in the order we thought most impactful. Check out all ten of October’s hottest tracks in playlist form here. 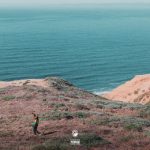 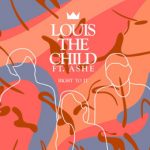 While other tracks in October supplied that spooky fall vibe, Right To It takes us right back to the lazy sunny days of Summer, providing details about getting right to it with mixing vodka with OJ…though we’d prefer at least some champagne for a mimosa, but maybe that’s just us. The resulting vibe is a song you can play at all hours of the day and chill out immediately. 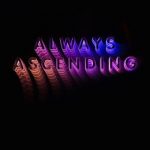 Beam me Up Franzie is what we’re saying about Franz Ferdinand’s latest, aptly named Always Ascending as there are take off sounds in the song’s background and it appears to be constantly grasping for new heights (while breaking it down). The vibe comes off as very LCD Soundsystem, taking us along for the ride and spitting us out after five very full minutes. 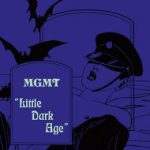 It feels like a much longer amount of time than it has been since MGMT last album in 2013, a time where they still somewhat dominated the electropop scene. Now it feels like we’re getting back in touch with a friend that’s been away for awhile, but the bond has not been broken. Little Dark Age is on the milder side, giving off a spooky vibe especially tailored made for October’s darkest days. 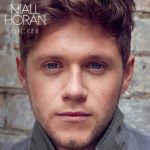 It’s been very easy in 2017 to feel that we’ve been pulled into much too many directions, after following the path of just ‘One’ for so long. With releases from pretty much all of One Direction’s members we were close to reaching fatigue, but as fate would have it, we’ve been won over by the solidness of each solo endeavor. Niall rightly brings Maren Morris along for a track that hints at country; it starts out slow and wins you over by the chorus. 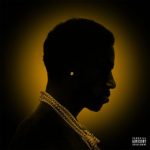 Arguably the most hardworking guy in hip hop, Gucci Mane has spent 2017 appearing on collaboration after collaboration, and didn’t skimp out on his own album, Mr. Davis, either, with 17 fully loaded tracks. Miss My Woe is poignantly heartbreaking, as it’s a touching shout out to fallen friends. It provides lasting imagery with the line “Took a shot of D’usse, now I’m missing my woe” – we can practically see the cognac pouring out as its signature Cross of Lorraine is titled up in remembrance. 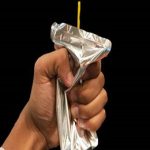 We can always count on something fresh from Aminé – topical, but not something everybody else is rapping about. Case in point, here he raps about Fenty makeup, Pantone colors, and just for October says “What should I be for Halloween? I know, me – I’m the best.” It’s that kind of viewpoint that we find so refreshing – young, irreverent, and full of fire. Our only regret is that the track is less than two minutes long. 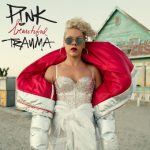 3. Whatever You Want by P!nk

One of October’s hottest releases, Beautiful Trauma is packed with powerful emotions and sobering realism, a perspective P!nk has perfected over the years. And while the albums hottest track remains to be the piercing “What About Us,” Whatever You Want is a wonderful runner-up – a little bit softer on the emotions, but just as good to wail along with. 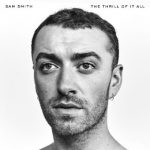 Sam Smith has spoken frequently about the difficulties he has faced since his brilliant debut In The Lonely Hour. Not to mention the pressure one faces while creating their sophomore album about a monster-sized success. Fortunately for all here, we can’t find one single fault in the three songs he’s released in relation to his next album. Burning shows us what happens when one sets their soul on fire, only to find that there’s no insurance to pay for the damage. 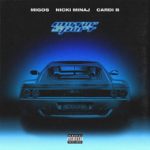 2017 started off as Migos’s year and the tail end of 2017 has belonged to Cardi B, so it only makes sense that these forces would unite, especially after Cardi B and Offset’s very recent engagement. When it comes to Motorsport, Migos sets the tone, but the power is all female. Cardi supplies hot lines like “I get up, set: off / I turn Offset: on” and Nicki packs the punches with a hardcore attitude. A powerful statement on where hip hop is at in this space and time.