If chicks truly dig the long-ball, then dust off your pimp suit because TaylorMade Golf just introduced their tour-inspired “Freakishly Longer” RocketBladez Irons (not to be confused with RocketBallz). TaylorMade RocketBladez Irons were engineered to promote high launch trajectory, maximum carry and accuracy with quick-stopping performance that any golfer can appreciate. TaylorMade achieves these impressive feats with a new technology they’ve dubbed the “Speed Pocket.” The Speed Pocket increases the size of the clubface and significantly increases ball speed and distance on low-face mis-hits… which as it turns out occurs in 68% of amateur golfer’s iron shots.

Tour professionals like Sergio Garcia are also set to benefit from the distance the Speed Pocket produces, as TaylorMade is also offering a RocketBladez Tour model (pictured below). Unlike other distance irons, the RocketBladez Tour irons are said to deliver consistent distance and are void of “hot spots” on the clubface, to ensure predictability and distance consistency from shot to shot. We created RocketBladez irons for amateurs, but when our Tour Staff pros tried it, they wanted it, we created a Tour version, and they love it. It’s the first distance-oriented iron to be played on Tour.  The genius of the Speed Pocket is that not only does it deliver more speed for more distance, it delivers consistent speed, so shots fly a consistent distance. That combination of speed and consistent distance is what made the eyes of our tour pros light up. -Mark King, TaylorMade Golf President and CEO 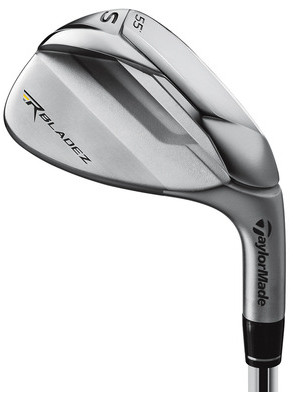 Buy Now: $799 (steel shaft) or $899 (graphite shaft) or go to: TaylorMadeGolf.com
Want to know more about RocketBladez? Then make sure to check out the embedded video below to hear from TaylorMade Golf CEO Mark King and Sean Toulon EVP Product Creation manger as they describe exactly what makes these new irons Freakishly Long!