When we look back on it, March felt like the first full month of the year that music really took off. It can be chalked up to three simple phrases: hip hop powerhouses, Ed Sheeran, and LORDE. We say that with emphasis because of the increased joy just watching Lorde dance on SNL brought to us. We almost feel undeserving of all the hot hip hop that landed at our feet, with a post album single from Frank Ocean, a past deadline album from Drake, and a kickoff from Kendrick to close the month out.

You may recall our Fresh New Music weekly article; we’ve changed up our format to serve only the freshest of the fresh, now at the end of the month. In March we’ve reviewed over 300 new tracks to ensure we had all the newness in order, and put them in ranking order of the most impact they had us. What hasn’t changed is our source, Spotify, always and forever. Our playlist of all the tracks listed can be found here. 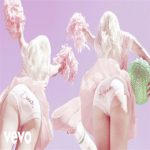 This month’s oddball crown was snatched by Mansionz ‘Dennis Rodman’, a sports figure we weren’t expecting to see in music news anytime soon. Oddly enough, in our research we found that this is not the first or even second time a rap act was inspired by Dennis in the last five years; in 2013 Migos has a track named after the former basketball star, and in 2015 OJ Da Juiceman referenced the North Korean enthusiast. Go figure. It’s your go-to track for doing “whatever it is you want to, baby.” Don’t miss the brief appearance of the actual Dennis Rodman at the end of song, which is odd as the man himself. 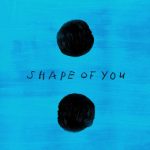 When we heard that Ed Sheeran was coming out with a new album this month, we thought ‘Already?’ as the reverberations of Ed’s enormous album X can still be felt in the play count he continues to rack up on Spotify. Shape of You easily is the star of the show on Divide, and it’s no wonder: it’s infectious in all the right ways with that mystifying Sheeran charm. Personally we like the Major Lazer remix of the track, which you won’t make you think twice about hitting the dance floor when it comes on. 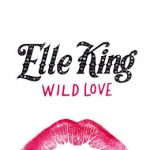 Showing she’s not quite done with Love Stuff, and that ‘Ex’s and Oh’s” wasn’t a flash in the pan fluke, Elle King here sings of redemption in the form of a wild love. It’s instantly addictive and one you won’t mind getting stuck in your head. For added bonus is the song’s music video/campaign, featuring Kendall Jenner, a magical tube of lipstick, and a riotous, problematic mix-up. 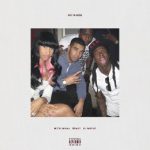 Many hip hop fans spent the beginning of March wondering when, if ever, would Nicki Minaj respond to the shots thrown at her by Remy Ma on her scathing “Shether.” Many even wondered if she would continue, to ‘play dead.’ Turns out Minaj just didn’t feel the need to rush, as even her flow on the track is deliberately paced, not like the super sonic delivery as heard on Anaconda or Super Bass. Here she’s rather laid back and extremely icy, with blows like “Left the operating table still look like ‘nah’.” 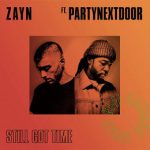 6. Still Got Time by Zayn, PARTYNEXTDOOR

Showing he’s no slouch and ever evolved, Zayn is back at it, just a year out from the release of his debut solo album Mind of Mine. Many are taking note of Zayn’s new direction (pun intended) on Still Got Time, as he has taken on a much more carefree vibe, with a hefty boost from his pal PARTYNEXTDOOR. To boot he’s got a positive message from the kids scrolling through their Tinder feeds – just stop looking for love, you’ve still got time. 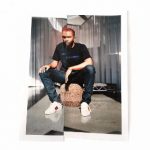 The composition and lyrics on Chanel are so classically Ocean, Chanel was an easy adapter and quickly felt like we’ve known this track forever. Ever the curator, here he takes the well worn hip hop theme of living the luxe and turns it into a thing of contemplation with the thesis “I see both sides like Chanel.” The themes of duality can stretch as far as you’d like, and if not – the song is equally as pleasurable as just one to vibe with. 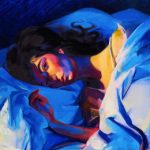 Clocking in as this month’s most emotional track by a landslide, Lorde hit us back to back with a song penned with Jack Antonoff, accompanied only by a very gentle piano, and quickly became an outsiders anthem. The truth behind the song is a little less ordinary, as Lorde was pondering her fame and how it has changed her relationships, as she shared on the Beats 1 radio show. It’s a dark side of the moon of lyrics from Royals like “We’re bigger than we ever dreamed, and I’m in love with being Queen.” But fear not Lorde, you will never be too much for us. 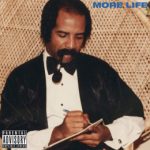 Ever a fan of the drop without warning, Drake left fans stunned and busy one March Saturday night with the release of his (truth be told) long anticipated and overdo album, More Life. Clocking in and an hour and 20 minutes, fans were given a hearty dose of Drake, whose experimentation here mostly involved trying his hand at Jamaican & British slang. Passionfruit seems to have struck a cord with fans with its airy lightness, making you feel you’re on a Caribbean island yourself. 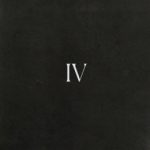 2. The Heart Part 4 by Kendrick Lamar

After a week that most hip hop fans thought would be one just of residual effects of More Life, Kendrick put the game in a twist with a single Instagram post of ‘IV’ before deleting all of his IG posts. Never one to over promote and under deliver, The Heart Part 4 held up, throwing shots and switching up the beat at the one minute 23 second mark, with plenty of devastating blows. The one we are holding most dear to our hearts this moment is “You know what time it is, ante up forever / You got ’til April the 7th to get it together.”

For our number one spot this month we couldn’t help but pick the effervescent and fearless Green Light from Lorde. March came in with a roar with a first peek at her forthcoming album, Melodrama, four years out from Pure Heroine. In the words of Stefon, this song has everything: a little melodrama, pounding bass, and a bombastic chorus, one that Lorde herself proves you can get down with, however you see fit.