In the world of new music, there tends to times of greater and minimum output. July is inclined to be a sleeper month, as most people have already singled out their chosen Song of Summer, and are in the midst of enjoying their vacations. It doesn’t mean to say that’s there no point in seeking out new music, however, as July brought in moving songs from Kesha, new albums from Tyler, The Creator and Lana Del Rey, and even though it’s not on Spotify, Jay-Z’s album 4:44 is generating some of the most buzz of the entire year.

We took on the heavy lifting out of finding this month’s best songs for you; so go ahead and continue to enjoy the hot weather and time off of work, we’ve got you covered here. Just to make things interesting, we’ve compiled this month’s list in ranking order of most impactful songs; check out our new music playlist here, and our source, New Music Friday via Spotify. 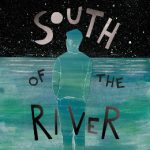 10. South of the River by Tom Misch

We can’t help but sit up and take note of Tom Misch, whose soulful, irreverent, Jamiroquai-reminiscent grooves makes us want to have an Endless & Eternal Summer. His 2015 album Beat Tape 2 is a monster and a must-listen, and now he’s giving summer 2017 a lift with the help of his sultry voice and a rogue violin. 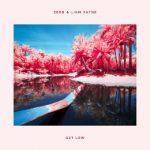 9. Get Low by Zedd, Liam Payne

Ever since the Pangaea that was One Direction split into their own continents, many have taken on comparing each member’s solo careers against each other. Now with each having scored their own top 10 hit, it’s time to just enjoy the output. For Liam, it seems he prefers the collaboration tracks, having teamed up with Quavo and now Zedd here. Get Low plays out like Zumba instructions (Get up! Get low! Hands on your waist, let’s go!) with a stacked baseline provided by Zedd. 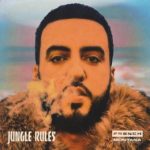 You can’t have hip hop in the summer without a song with a disruptive, ultra individualistic, greezy beat, and for that French and Pharrell bring dem beats. And oh, it has been BROUGHTEN. Fresh off of the release of Jungle Rules, Bring Dem Things sticks out nicely in the middle of the pack amongst tracks with collaborations withT.I.,Young Thug and The Weeknd. 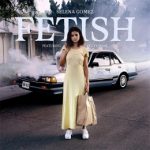 It’s an easy theory and practiced hypothesis by simply including a ginormous pop star with a monstrous fan base (Your Selenas, Your Taylors, Your Adeles and certainly Your Beyonces) simply by having the name in the song makes it a success. And while we are not surprised and sympathize, Fetish falls into this trap. We can’t be anything but pleased to see Gucci Mane on the track, whose voyages into the open waters of pop music are few and far between. 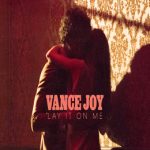 “Everything is new and different” croons Australian artist Vance Joy in verse 2 of Lay It On Me, and it’s the perfect place for him to be, having experienced tidal waves of success off of his debut Rip tide. Lay It On Me feels comfortably new and revised; the richness in James Keogh’s still swells, but the song takes us to places where we haven’t been before. 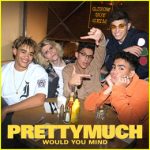 5. Would You Mind by PRETTYMUCH

Since there’s currently a vacancy of a world famous boy band, we’re constantly sniffing out for the next big thing, and after listening to Nick, Brandon, Edwin, and Zion of PRETTYMUCH, we’re taking note. Created from the hands of Simon Cowell, PRETTYMUCH “pretty much” ticks all for the boxes for a formula of success. The harmonizing of Would You Mind has us thinking of similarities with the Backstreet Boys more than One Direction, but we certainly don’t hold that against them, or “mind.” Exciting to see where the band goes next. 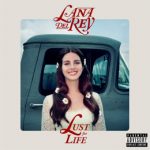 4. Get Free by Lana Del Rey

Hard to believe two years have already passed since Lana’s last release Honeymoon; for us, it feels like yesterday and we’re still unpacking all the nuances, undertones and double entendres of Art Deco. But time marches on, and here LDR is updating her take on how life has changed (for her and for all of us) in that time. Lust for Life gives us an hour and fifteen minutes of moments that are all simply Lana. Get Free is the last track and sticks out as a hopeful outlook, no matter how bitter things have been before. 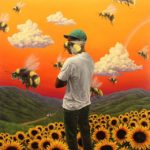 When getting ready for the release of Flower Boy, it was hard to get the taste of ultra aggressive tracks like DEATHCAMP off of Cherry Bomb off our of musical palette. Color us pleasantly surprised and chilled out after our first listen of 911/Mr. Lonely, whose chorus is 2017’s take as easy as “I Just Called To Say I Love You.” The track echoes the vibe of the entire album which can be encapsulated in the title of the last track, “Enjoy Right Now, Today.” 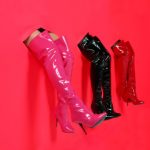 One doesn’t have to be largely familiar with St. Vincent’s magnificent self-titled album to get the feel of New York (but it most definitely doesn’t hurt). While other tracks from St. Vincent in the past have leaned more towards prose – a peek inside but not an assessment of what’s really going on – New York has earnestness, frankness, and candor in spades. We can only hope a new album is not far off. 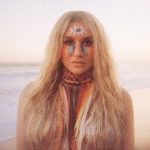 We can summarize our feelings to Kesha’s latest release in four words: We. Were. NOT. Ready. No stranger to facing battles publicly, her fans have been cheering her on through her recent transformation, and to hear her vocalize an open letter to her demons here is humbling and endlessly heart-rending. But really had us shooketh to our core, was the high Mariah-Carey-I’m-Coming-For-You note she hits at the 3:14 mark. Not to be missed.