Wow August, you really had us fooled. What started out as a total sleeper month ended with a bang, most notably with one of the year’s most talked about tracks. The selections for August’s best tracks were stacked heavily released at the end of the month, artists waiting for the summer to cool a bit to make their move. We heard some of the best albums of 2017 with Queens of the Stone Age’s Villains and Grizzly Bear’s Painted Ruins, as well as an introduction to some of the most long awaited and anticipated singles; Taylor Swift’s Look What You Made Me Do and Beck’s Dear Life.

Spotify has been with us every step of the summer, and will surely see us through as we head into fall. To keep things fresh we ranked August’s best songs in terms of the impact they had on ourselves and the greater world at large. To skim the source head over to Spotify’s New Music Friday. For a playlist of our picks, check out Busted Wallet’s End of Summer New Music. 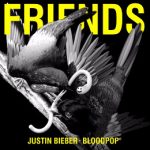 We’ve come to find the familiarity in these monstrously popular Bieber hits. The star has something he wants to ask you, it took him time to work up the nerve, but he’s been thinking about you, and this time he wants to know…can we still be friends? ‘Sure, why not?’ is what we say. Newly refurbished producer BloopPop (formerly Blood Diamonds) is everywhere, so no wonder they would give the Biebs a friendly EDM boost for this summertime track. 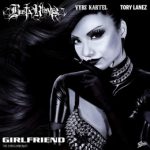 Busta says it all in the first 30 seconds: the track sounds like the welcome music when you’ve just landed in Kingston Jamaica on a private jet. And while we don’t know with certainty how it feels landing on a private jet, we can definitely vibe with wanting to keep an endless summer party going. For literal Vibes Busta recruited Jamaican artist Vybz Kartel, and hitmaker Tory Lanez as reinforcements for this Vacation Inspiring Banger, no matter how far off your next one might be. 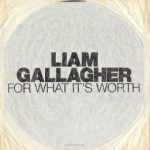 8. For What It’s Worth by Liam Gallagher

It’s all been said before: he’s a jerk, the Gallagher Brothers were better in Oasis, there will never be another Wonderwall, etc. etc. And while these thoughts have their merits on the discourse of Sir Liam Gallagher, damn if this man isn’t introspective all the while. He managed to rope us and sum it all up just in with the first line: In my defense my intentions were good / I know heaven is a place for the misunderstood. 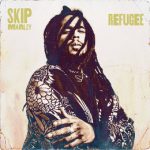 The legend of Skip Marley keeps growing and growing, with his formal introduction to many at this year’s Grammys with Katy Perry on Chained to the Rhythm. Now seven months later, he’s steadily gaining on his own, even though with his last name the introductions don’t take long. The legend of his grandfather is alive and well through Skip’s message of activism on Refugee. 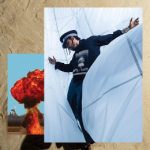 It’s not the first time the two showed up together on a collab, and here Miguel and Travis Scott both brought their best assets to this dreamy and spaced out track. It’s giving us the vibe off of Wiz Khalifa’s 2012 album O.N.I.F.C, so chilled out it’s otherworldly. A track to play when you’re wound up and you’re in desperate need of relaxation. 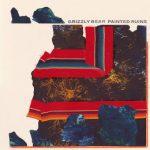 5. Losing All Senses by Grizzly Bear

Hands down our favorite album to come out this month, so really there’s no wrong direction you can take picking your favorite song from the band’s latest, Painted Ruins. The track hits at the halfway point of the album and has a drifting away, a moment of rest in this busy world feel. For some reason indie seems to just sound better in the fall; this is the perfect transition album from season to season. 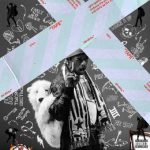 The king of mixtapes celebrated his most recent release, Luv Is Rage 2, with an appearance sharing the stage with Ed Sheeran at the VMAs. As random as this carried itself out to be, truth be told we wouldn’t expect anything else from the one who keeps us guessing. The Way Life Goes hits on all sorts of somber notes, but to be clear it’s a kinda-ish cover of indie R&B duo Oh Wonder’s Landslide, without ever speaking the covered track’s title as done in the original. 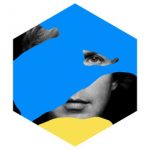 File this one under “We’ve Been Waiting So Long We Ended Up Being Surprised.” After his forthcoming album kept on getting pushed back further and further we agreed to give the man his space for any album. After all, creativity can’t be forced. So pleasantly surprised are we with this ode to life in 2017, summed up on the chorus “Dear Life, I’m holding on.” Fans can finally rejoice; a date for the new album, Colors, has been set for Oct. 13th. 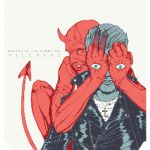 2. The Evil Has Landed by Queens of the Stone Age

It’s too easy with today’s EDM centric focus and manufactured ‘beefs’ of pop music to feel as though rock n roll in its purest form is losing its footholds. Enter breath of fresh air’s QOTSA latest and first in four years endeavor, Villains. The Evil Has Landed stands out among the 11 track album, with its heavy guitar licks, the band’s trademark ‘Doo-da-doo-da” improvised harmonies, and going the distance clocking in at 6 minutes and 30 seconds. 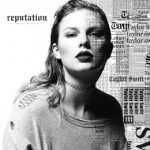 1. Look What You Made Me Do by Taylor Swift

The most vexing song of the year, we had a hard time convincing ourselves that this already much talked about track needed to be included. But alas, no other track comes to close to the imprint it has placed on our collective hearts, minds and spirits. Quick refresher: Taylor’s still upset about how you made her feel last year and all the years before. We haven’t stopped scratching our heads as to what the ‘do’ is in Look What You Made Me Do is, but perhaps when her album drops on Nov. 10 it will all come full circle. But we’re not holding our breath.