When the schoolchildren of the future look back at the month that was April 2017, there will be plenty words that come to mind, but the most dominant adjective perhaps might be “messy.” Fortunately they’ll also be able say that April 2017 was the month that Kendrick Lamar dropped “DAMN.,” which managed to stand up and conquer under the weight of huge expectations. We also heard from Harry Styles without his bandmates from One Direction for the first time, kicking off a thread of releases from young heartthrobs like Justin Bieber and Shawn Mendes, getting older yes, but also better and better.

With five Fridays full of new music, we had our work cut out for us; luckily we’re always up for the challenge, and got our bearings to put together a list of the hottest releases of April, in ranking order of the most impact they imparted on us. Follow along on our playlist, and check our source for go-to streaming service of new tracks, Spotify. 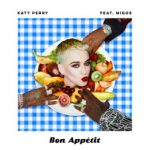 For those who were worried Ms. Perry would become *too* woke and *too* conscious since updating her Twitter bio back in February, fear not, as she’s back to her bombastic pop anthem basics on Bon Appétit, with sugary saccharin lyrics “like you could use some sugar / ‘cause your levels ain’t right.’ Pop politics aside, the song is primed and ready for Summer 2017, and goes down super smooth. Added bonus, Katy has recruited Migos to help fill in the spaces.

9. Let Me Out (feat. Mavis Staples & Pusha T) by Gorillaz

With a finger in the air to test the climate of the time, Gorillaz’s latest album Humanz is “a journey through that night, post whatever that was..anticipating that night but trying to make a party of it.” Let Me Out captures that essence, discontent but keeping the party going, the full force of it best reiterated with whispers of ‘Let me out’ before the chorus. 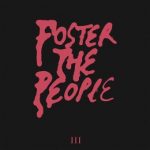 8. SHC by Foster The People

When your band name becomes synonymous with a hit single the way Foster The People is with Pumped Up Kicks, any single thereafter through eternity will mention said hit single. Frustratingly here so, as with FTP they’re six years out and one album since their debut, and their latest release of just three songs, is really really good. SHC comes fresh out the gate from go, and for those seeking greater meaning here, SHC stands for Sacred Hearts Club – the song’s theme along with ‘omnipotence.’ 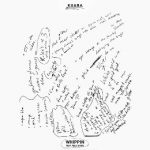 When we were first introduced to Kiiara’s musicality on Gold, she blended electro-pop in way that was unique to only to her, the notes of discord hitting just as hard as they would in common arrangements. On Whippin’ she adapts that same style, brilliantly, in a way that only comes off as self-referential, and nothing else. Whippin’ was made to listen at top levels with the windows rolled down, as you nod your head along to ‘Whippin’ in the car with you.” 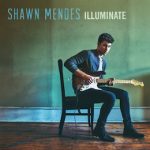 6. There’s Nothing Holding Me Back by Shawn Mendes

As we’ve gotten to know Shawn over the past couple years we’ve come to know a dominantly melancholy force, as heard on Stitches, and even when he’s playing the role of comforter on Treat You Better. But with the release of Illuminate there’s a ‘we can do it!’ to his songs now, a world is my oyster vibe that feels fresh as a daisy. TNHMB is this month’s guilty pleasure, and if you’re too self-conscious to rock out to it, you’re the only one holding yourself back. 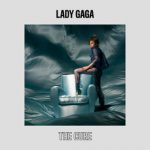 5. The Cure by Lady Gaga

A last minute Beyoncé replacement at Coachella, Lady Gaga debuted her latest single, The Cure, at the musical festival. And, yes, admittedly we were expecting from the title a cover of Boys Don’t Cry or Just Like Heaven, but rather we were delighted with an easy breezy self-care anthem. Gaga’s voice is soft and tender, as she comforts the bad day away with a foot rub and pledge to sing your favorite songs as a pick-me-up. 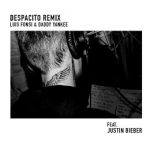 Already a hot little number on its own, Luis Fonsi brilliantly reached out across musical genrse to Justin Bieber for a remix, on the one requisite that Bieber sings at least partially in Spanish. And Bieber NAILS it. The Despacito remix is the first mostly Spanish song to hit the top 10 of the Hot 100 since the MACARENA, last seen in the top ten 20 years ago. Play special attention to the second bridge (starts about at about the 2:08 mark) as it is absolute fire, and easy enough for any non-native Spanish speakers to follow along with. 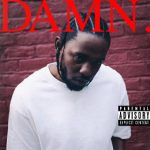 If there’s any track on DAMN. that could go to toe to toe with HUMBLE. it’s DNA., as the second but first lyrical track on DAMN. it gives you a better look at what the album is all about- a cohesive work of art with Lamar exploring themes, that seem to contrast to the theme just before them, finally coming full circle (spoiler alert) on the last track. Here he fully bares his chest, reiterating all who he is, while summing it up on the line “I got power, poison, pain, and joy inside my DNA.” 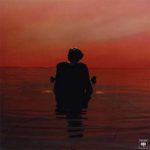 As we watched ZAYN come through with his soulful sexiness, and Niall produce a “hey girl” style of R&B, one could only speculate what style Harry Styles would show to the world on his first solo project outside of One Direction. What we received was a pre-apocalyptic ballad, highlighting love at the end of the world, whose sound could full up a full stadium on its own merits alone. As we wait for the album, a self titled debut out May 12, we appreciate Harry’s diversion here, a style that’s taken a cue or two from one-of-a-kind legends like David Bowie, but still manages to make it all his own jam.

As the first single released off of DAMN. Kendrick showed that the times for playing games have officially ceased, and anyone who doubted the forthcoming album would be anything else than fire, was politely told to sit down, and be humble. HUMBLE. has everything it needs to be for a hot single, but it is so much more intricate and raw than your average Summer ’17 jam. Ever the maestro, Kendrick dropped a video only Beyonce’s Lemonade could rival. Not surprisingly, the song’s popularity has hit the stratosphere, and has had no real competition as this month’s hottest track.