This week marks the beginning of the 39th Ryder Cup and we’ve got a sneak-peek at what some of the world’s greatest golfers will be will be wearing (from the ankles down) around Medinah Country Club during competition. Today Adidas and Ashworth announced that several Ryder Cup team members will wear custom-made Adidas Golf and Ashworth Ryder Cup footwear in celebration of their country. On the American side you’ll find players like Dustin Johnson sporting a very patriotic version of the TOUR360 ATV, while Jim Furyk and 2012 FedEx Cup Champion Brandt Snedeker will be wearing the new adiPURE version. On the European team, previous champions such as Sergio Garcia will be laced up in their own blue and yellow version of the TOUR360 ATV while Justin Rose will be found ripping it up the Ashworth Cardiff. 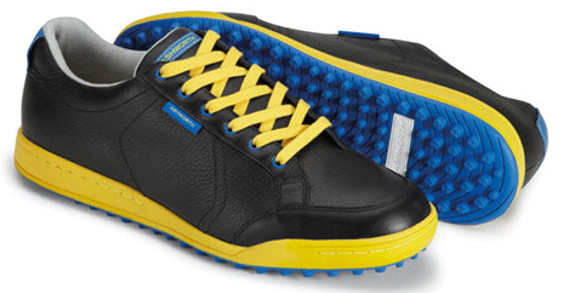 As of today these golf shoes are exclusively for Ryder Cup team members only and will not be made available to public. To see what color options are available check out AdidasGolf.com and AshworthGolf.com respectively.